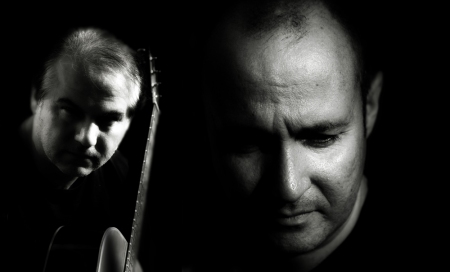 “spend as much time promoting as you do creating.”

How did you get to hear of Audio Rokit?

A friend told me about it, so I thought I’d check it out. Many artists complain that they shouldn’t have to spend time promoting themselves or networking but unless they’re rich enough to pay someone else to do it then IMO it’s a good idea to explore every avenue.

Aside from Audio Rokit, what other methods do you use to get your music heard?

We use social networking mainly. People seem to spread our links. It kind of escalates when we put out new free tracks or videos.

So far we’ve got around 82,000 followers. We’re just about to do a 3 month publicity campaign using traditional methods, but see it as a limited exercise. The internet and social networking feels less limited.

What do you find most challenging about the music industry?

“You got to be in it to win It” and “You’re not coming in here looking like that”, spring to mind.  At one point DJs had more freedom. Now it feels like the industry is so closed that the only option for most artists to get any recognition is via the Internet. I mean how many new artists do major labels promote each year? The answer is probably in the 10’s, yet there are so many niche areas out there that aren’t catered for by the major labels.

I feel like it’s as if showing you’re financially viable isn’t enough, and in most industries it would be. If you go to the supermarket they don’t just stock the best sellers, they give you a choice. 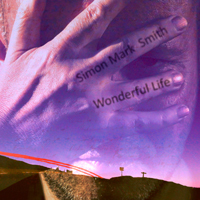 What music are you working on currently?

We always try to have something on the boil and plans in the pipeline. We have so many approaches to creating a song which in their own ways influence the direction of it. The song we’re working on now came from jamming and then assembling the ideas. It’s subject matter came from people talking on social networks about losing themselves in a relationship. Stylistically it has a leaning towards Chris Isaak’s music.

What advice would you give other musicians?

Don’t listen to me… However if you did I’d say: Do you want to have a real life audience? If so, spend as much time promoting as you do creating. Try to get honest opinions from other people and use the feedback to see if it’s what you think too, continuously look for ways of improving. Work continuously, and love doing what you’re doing, that way, even if you don’t get the breaks you’d like, at least you’ve had fun. Finally, have a genuine relationship with your audience, engage with them as you would anyone and don’t be pushy.

What is the best gig you have played and why?

I don’t do much gigging now, I did do quite a few years of it, but now I see myself more as a recording artist. After a few years of gigging things just clicked in to place so most of the gigs then became enjoyable, The Union Chapel, the Blackheath Concert Halls, The Bottom Line, The Half Moon, The Orange, and even The While Hart Fulham all had their charm.

A gig is about the connection through the music, the dialogue, the movement of all concerned. I learned early on to always stay connected to an audience, none of that turning my back and having a laugh with the band… It’s all about connection.

If you could hear and see anyone play live right now who would it be and why?

Leonard Cohen, firstly because I’ve never seen him live and secondly because I love his music and equally I’d love to see Bruce Springsteen because of his rapport with the audience.

How are you finding Audio Rokit?

I’ve had a few enquiries and we’ll see where they lead. If I make a million I’ll take Audio Rokit out for lunch, somewhere cheap though, so don’t get too excited! Seriously though, if you don’t try these things out how will you make connections? It’s better to be out there connecting with others, you never know where they’ll lead.

Who or what are your biggest influences to you and your music?

Get connected with Simon Mark Smith

Why not join Audio Rokit and blast your music to the industry!

You can subscribe to this Blog over on the right.

This entry was posted on Saturday, September 10th, 2011 at 10:55 am and is filed under Featured artists. You can follow any responses to this entry through the RSS 2.0 feed. You can leave a response, or trackback from your own site.